You were born in Scotland, and now you live in Romania. When and why did you move to our country?

Like most independent wrestlers, I work a day job which allows me to train and wrestle in evenings and weekends. Around two and a half years ago, I had reached a point in my other profession where I had to work abroad on a project. I was unsure which country to go to and my best friend had just finished a contract here in Bucharest and told me to try it as I’d love it – he was absolutely correct!

How are you getting adapted to our country lifestyle?

Well I’ve been in Bucharest since August 2011, so I like to think I’m fairly well adapted  I had originally only agreed to a two year contract but I decided to stay longer as I really love it here! The people are lovely, the weather is amazing (I love that you get all four seasons here!), there is always lots to do and the food is great – I can never have enough mici or papanasi! Although I only live here for nine months out of each year – I spend the other three months in Scotland focusing exclusively on wrestling.

How did your interest for wrestling begin? It is said that every wrestler starts as a fan, and then he makes this a part of his life. How was it in your case?

As a child I was obsessed with wrestling! At Christmas 1991 (when I was 6 years old) I was given a video of WWF’s Greatest Hits – the opening match saw Mr. Perfect win the Intercontinental title from Texas Tornado after interference from The Million Dollar Man Ted Dibiase – I loved it so much I rewound the tape and watched the match over and over again many times before I even watched the rest of the tape! I was then lucky enough to see an episode of Saturday Nights Main event as it was transmitted. I saw Sid Justice turn his back on Hulk Hogan, leaving him to get beat up by The Undertaker and Ric Flair… I was hooked from then on! I’d search everywhere to find tapes, toys or anything else I could get my hands on which were about wrestling! I immersed myself in anything wrestling related I could find! Eventually I found magazines which covered more than the WWF which I could see on tv! I saw pictures of things I’d never seen on WWF programming – Terry Funk and Cactus Jack in Japan, Abdullah the Butcher carving people up in Puerto Rico, pictures of masked Mexican Luchadors flying through the air plus reports about a crazy promotion in America called ECW. AS I grew older I started to follow other passions and eventually stopped watching wrestling around 2001. I still loved to watch old videos from my childhood but I had little interest in keeping up with what was going on in the wrestling world. Years later, in 2007 I saw an advert on TV for TNA’s Bound for Glory – it named a bunch of guys I loved watching when I was a kid – Sting, Steiner Brothers, Dudley Boys, Raven, Rhino, Kurt Angle etc… – I figured I’d give it a watch for nostalgia reasons. When I did I enjoyed seeing the familiar faces from my childhood but was far more impressed by the young TNA guys I had never heard of! Because of guys like AJ Styles, Jay Lethal, Christopher Daniels etc… I started to watch TNA whenever I had the chance. This slowly led me to becoming interested in wrestling all over again.

When and what was the first wrestling event you attended to?

I was born in an unfortunate time. While I was growing up, British wrestling was in a massive decline – so I wasn’t aware of any shows to go to! I know I attended a local show when I was 6 years old but other than seeing British legend Tony St. Clair – I can’t really remember anything about it. After that I never attended another show until the late 2000’s. After discovering TNA, I went to see a TNA house show in Scotland and loved every second of it. On my way out of the building I was given a flyer for a a local wrestling show run by Source Wrestling. At the time I wasn’t even aware there was any wrestling in Scotland? I had assumed independent wrestling only happened in the places I had read about in magazines years ago. So I went to the event, expecting to see a bunch of out of shape guys barely hitting each other. Thankfully I couldn’t have been more wrong!!! What I saw that night blew me away!!! Sure, the crowd at TNA a few days earlier may have had seven thousand fans in attendance, compared to the roughly 100 hundred people who had turned up to see Source Wrestling that night. There were no fireworks like you see on TV, no giant TV screens or fancy entrances – but the wrestling was out of this world. These athletes looked amazing and could do everything I’d seen on TV and more. These guys risked their bodies to put on a show like I had never witnessed before, and to all the screaming fans at the local sports centre watching it – these guys were bigger stars than anyone on tv! People could shout insults at these guys and the wrestlers would shout back at them, you could see that clapping and shouting for your favourite really did help them get up and start fighting back – everyone in attendance was part of the show! During the interval some of the stars were available to take photos with fans, sign autographs and chat to their fans – a closeness completely different to the enjoyable TNA show I had seen a few days earlier. At the end of the show the ring announcer mentioned the show featured wrestlers who had graduated from the Source Wrestling School and if anyone wanted to follow in their footsteps – they could come to training the next day! I thought it might be fun to give it a try… and that’s how it all started for me! 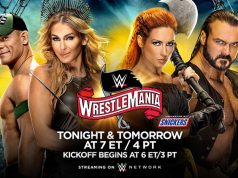 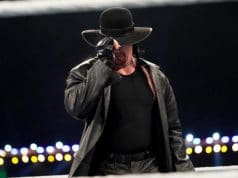 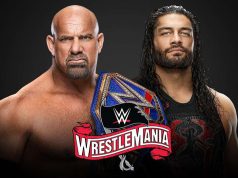